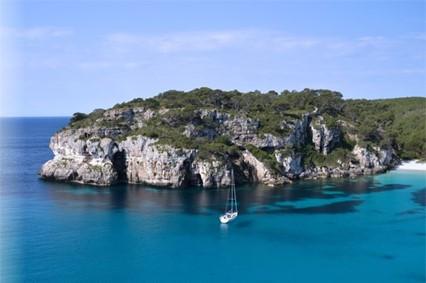 Title: The Levante Marine Reserve - showing the essential functions & beauty of the sea from an economic perspective

The Levante Marine Reserve, in Mallorca, was created in 2007. At first, several stakeholders argued that the restrictions that come with the reserve status will curtail tourism in the region. Today, the marine reserve is shown to enhance marine biodiversity and tourism has been the main beneficiary of such enhancement.

We have advised Ecoacsa, who led the project that was funded by the Marilles Foundation, to produce a natural capital account to estimate the economic and societal benefits of the Levante Marine Reserve. The account included several ecosystem benefits such as carbon sequestration and recreation – €3 million of about €5 million total estimated benefits are attributed to tourism and recreation activities.  The account also analysed the maintenance costs of the reserve, which are estimated to be around €470,000 per year.

The marine reserve is managed by the Spanish Government and the Balearic Local Government and includes a total of 11,000 hectares of marine habitats of high biodiversity value, including just under 4,000 hectares of Posidonia oceanica, which is a seagrass endemic to the Mediterranean. Based on the data collected by divers, the density of fish has tripled, or even quadrupled, in some areas of the reserve. Over 21% of the sea under the management of the Balearic Local Government is already under some sort of legal protection, which is a much higher percentage than any other region in Spain.

Click here for: the El Pais article on this work